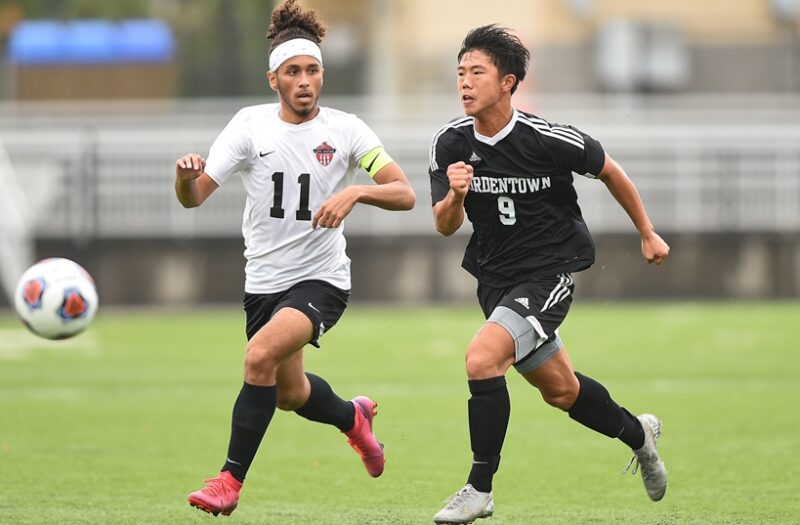 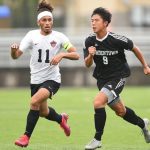 With thousands of high school teams in action this fall, certainly, there will be plenty of surprises along the way.

But today, PrepSoccer.net is taking a look at five teams that really could make a splash this fall. These are teams that are not part of the preseason FAB 50 rankings, but certainly have a path into the national spotlight with strong showings in 2021:

There used to be a day when the Idaho high school state champion would be received by shoulder shrugs. Times have changed. The city’s population has doubled in 30 years to about 250,000, and the influx has helped spark a strong soccer community where the city is hosting several important club events and has become a girls soccer recruiting hot spot. The boys also are upping their game. Boise Timbers reached the US Youth Soccer Far West Regional semifinals, bowing out to Las Vegas, which went on to be the national runner-up. In fact, Boise’s only two losses during the Far West Regional were to Las Vegas. The improved level of play on the club side has trickled down to the high schools and Boise, the original high school in the city that has its origins in the 1880s, has greatly benefitted. Boise won the 5A state title last fall in an abbreviated season. Three all-state returnees make the Brave the favorite again this fall. Senior midfielder Sawyer Luthy was a first-team all-state selection in 2020 and seniors Chase Kluksdal, a midfielder, and Cory Cadwell, a defender, also made all-state mention.

OK, it might be a stretch to call a defending state champion as Sleeping Giant, but in Gull Lake’s case, it might apply. This has been a strong program the past decade but finally broke through with a Division 2 crown in 2020. The team’s 16-2-1 record earned it a spot among the state’s overall final Top 10, which was dominated by Division I programs. The team graduated Eron Sylejmani, who scored the state title-winning goal in overtime and is now at Western Michigan. But the returning players could make this team a FAB 50 contender. Midfielder AJ Boucher returns following a season where he recorded 21 assists and earned Division 2 first-team all-state honors. Boucher recently was named MVP at the US Youth Soccer National Championships where he helped Kalamazoo Kingdom to the Under-18 national title. Tyler Corstange was the fellow frontrunner with Sylejmani, and Corstange is back after netting 16 goals and adding seven assists in 2020. He was a third-team all-state selection. Defender Isaac Lapekas is back to anchor a defender that recorded 12 shutouts last season.

Coach Joe Vianna is quick to point to the 2021 season as the make-or-break year for Life Center Academy’s soccer program. Can Life Center compete with the Eastern powers or will it realize the resources simply are not there to bridge the gap? Vianna built an ambitious schedule to find out the answer. Life Center will face Georgetown Prep (Md.), Seton Hall Prep (N.J.), Hill School (Pa.), Pennington School (N.J.) and St. Benedict’s (N.J.) this fall. That’s a mighty tall order for a team that lost 6-0 to Seton Hall Prep last year. However, Vianna has more firepower than ever before as eight starters return from last year and the team has added international talent. The key player to watch is Brazilian-born, South African-raised Luiz Recchimuzzi Luiz Recchimuzzi Life Center Academy | 2022 NJ . The senior transferred into Life Center last school year and previously played in the Sporting CP youth academy in Portugal. He is receiving NCAA Division I interest. Forward Christopher Santana

Christopher Santana Life Center Academy | 2022 NJ , who has 59 career goals, also is garnering attention as he enters his senior season. Both are likely to play in the MLS NEXT as soon as the high school season ends. Vianna also is high on 6-foot-4 goalkeeper Joseph Coutinho. He’s relatively new to the game but has a lot of potential. Ibrah Faye Ibrah Faye Life Center Academy | 2022 NJ , a senior midfielder, is back, along with junior standouts Brayan DeQuadros, a lightning-quick forward, and Keith Brown Jr., a 6-3 defensive center mid. The schedule starts soft for Life Center but quickly ramps up in September. Vianna will have his answer soon enough as his team will be facing three preseason FAB 50 Top 15 teams along with one of the preseason Prep Top 10 programs.

When it comes to the North Carolina Class 4A state title match, it’s almost always a Raleigh-vs.-Charlotte state final. Northwest Guilford, from the center part of the state, has designs on breaking up that annual East-West showdown. Northwest Guilford returns all but six players from its 2020 team that reached the Class 4A state semifinals before bowing out to Charlotte-based Myers Park in a 1-0 match. The youthful Vikings lineup got off to a rough start in 2020, but then strung together 10 straight wins to advance to the state semifinals. Senior midfielder Diego Giffuni and junior defender Matisse Ritenis highlight the returning group. Both were all-region selections last year. For Northwest Guilford to make a serious run at a 4A title, it will need to adequately replace a pair of graduated senior midfielders. While Northwest Guilford is a solid choice to be a title contender, we certainly realize history is working against this program. Since 1984, only one Greensboro school has ever won a North Carolina large-school state title, and that was Page, which accomplished the feat in 1991 and 2009. Also, it’s fair to note, since 1984 the large-school state champion has been from the Raleigh or Charlotte area all but five times.

It seems a real gamble to label a team barely above .500 last year as a team to watch in 2021, but Souderton just might have the justification. The team returns almost all of its starters led by first-team all-league honoree Dillon Barbieri Dillon Barbieri M Souderton | 2022 PA , a senior forward. And the record — well, that’s more a byproduct of the schedule, not a reflection of the team’s level of competitiveness. Souderton competes in the Suburban One League’s Colonial Division, a six-team league that has produced two nationally ranked teams in the past six seasons — North Penn and Central Bucks East. Souderton showed glimpses of a breakthrough last year, defeating then-defending state champion North Penn, and then pushing North Penn before falling 2-1 in the rematch that settled the league title. Things won’t be easy for Souderton, not in the league or the district. To best understand the mountain a team needs to climb to before becoming the PIAA District 1-AAAA champion, a team must first qualify for a 16-team playoff then survive a gauntlet of serious state title challengers. In fact, District 1 has produced the state champion or state runner-up each of the last seven years.