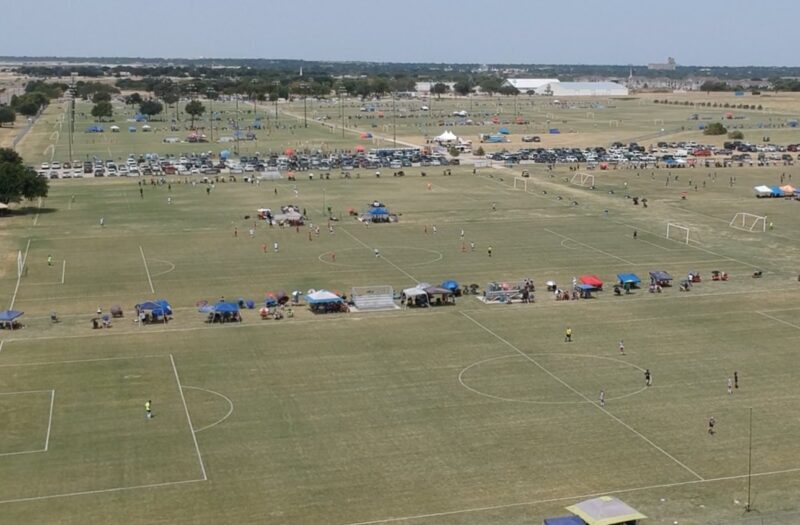 Each August, the Elite Friendlies in Texas brings together girls soccer club teams from every significant league for a weekend of competition (ECNL, GAL, NPL, FDL, ECRL, LHGCL). More than 190 teams participated in this year’s event. Here are the Class of 2023 standouts, provided by sources at the site and team contacts:

LB/DCM/CB/F Helen Campos Helen Campos D TX , NTX Celtic ECNL 04 — She is the swiss army knife of players and played 4 positions this weekend excelling in every one. She was outstanding winning header after header on defense, and continued that trend on the offense side hitting the crossbar twice on headers off corners. She even filled in at the #6 role, was strong on the ball,  and won several key battles to regain possession for her teammates in the defensive third.

M/D Khari Carreno Khari Carreno M Union High School | 2023 OK , Tulsa SC U17 — She played a lot of minutes in high temperatures at multiple positions and was a relentless defensive worker while also providing an attacking threat as a wingback.

CB Reese Decker Reese Decker D TX , NTX Celtic ECNL 04 — She had an outstanding weekend through her communication, her passing out of pressure, and reading of the game. Her anticipation on balls into their forwards and her ability to step and win those battles was on point. Backline only gave up two goals in three games against three quality opponents.

CM Shelby Erskine Shelby Erskine M TX , NTX Celtic ECNL 04 — Shelby played all 3 CM positions this past weekend. Her work rate was outstanding. Her passing accuracy was very high, and she won battle after battle in the middle third leading us to offensive opportunities. She was tough on the ball, showed great anticipation of our forwards’ runs, when to drop a ball over the top and when to play simple.

CB Kate Fratter Kate Fratter D Plano Senior | 2023 TX , DKSC 04 — Left-Footed center back who consistently denies direct teams over-the-top attacks with her speed and technicality. She played dangerous balls from the bald consistently, also created opportunities for attackers to score, while also playing out of the back with pace and almost perfect accuracy.

F Emma Johns Emma Johns F Trinity | 2023 #96 Nation TX , DKSC 04 — Played the game with a pace unmatched by any other player or opponent. Her attacks were creative, varied, and difficult to stop. The pressure she applies to defenses alone is worth a mention on the standout list. Emma scored two goals on the weekend.

M Caitlin Keeling Caitlin Keeling M OK , Tulsa SC U17 — She provided stability as a defensive midfield building the attack and protecting the backline. She also added a goal on the weekend.

GK Natalie Mayes Natalie Mayes GK TX , NTX Celtic ECNL 04 — She had several outstanding saves including a wonderful 1v1 double save against Albion ECNL-RL that secured the clean sheet in a 3-0 win. Her direction of her teammates on free kicks in the defensive third is outstanding, and she is constantly directing traffic the entire game. She allows her backline to get out of pressure with her confidence with her feet and her distribution. She gave up only 2 goals in 3 games.

F Lola Sommer Lola Sommer F OK , Tulsa SC U17 — After a long year of ACL recovery, Lola is back in full force scoring in both games and setting up teammates to score.