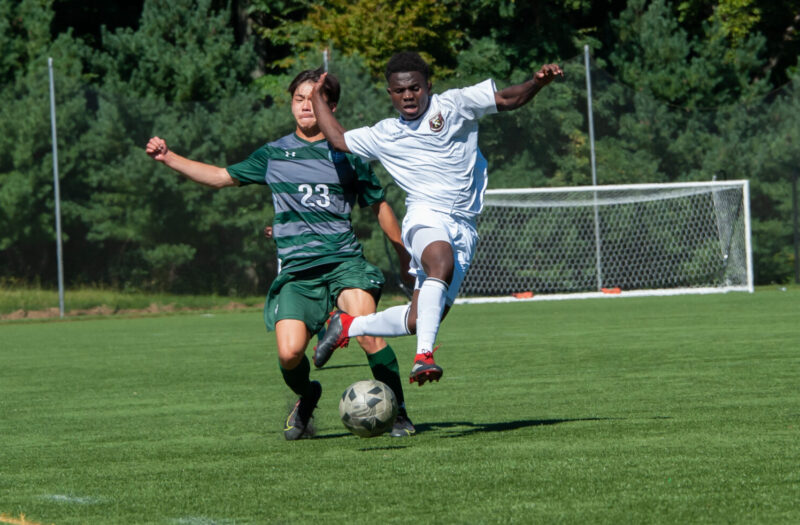 After this weekend, it’s possible there will be only two real clear title contenders in boys soccer.

Unfortunately, they will not be meeting on the field this year.

St. Ignatius (Ohio) constantly reinforces its top billing with one lopsided victory after another. Last week, the Wildcats took down St. Edward (Ohio) 6-0 and Archbishop Moeller (Ohio) 8-0. And these aren’t soft opponents. In fact, Moeller was ranked in the FAB 50 as recently as two weeks ago.

Likewise, St. Benedict’s (N.J.) is rolling over marquee opponents as well. Last week, the Gray Bees stung Hill School (Pa.) before sweeping a pair of matches at the Delbarton Invitational. St. Benedict’s went on a second-half scoring spree to put away Haverford School (Pa.) 7-2 at the invitational before posting a 3-0 win over then FAB 50 No. 3 Delbarton School in the finale of the event. To put these results in perspective, No. 13 Conestoga (Pa.) only defeated Haverford School 1-0. And, Delbarton has allowed three goals in a game only once in the past 96 matches (and that was a 6-3 win). During that time, Delbarton was 88-3-5.

St. Ignatius and St. Benedict’s are working on renewing their rivalry next year, perhaps a year too late.

In girls soccer, there was no movement among the top teams as Noblesville (Ind.) remains No. 1 over Portland Jesuit (Ore.).

The highest-debuting teams this week are Fremd (Ill.) boys and Twinsburg (Ohio) girls. Fremd defeated a pair of Top 25 teams last week in Naperville North (Ill.) and Marquette (Wis.). The results help Fremd, previously regionally ranked, check in at No. 24. Twinsburg (Ohio) debuts at No. 21 after its 8-0 start included a win over Massillon Jackson last week.