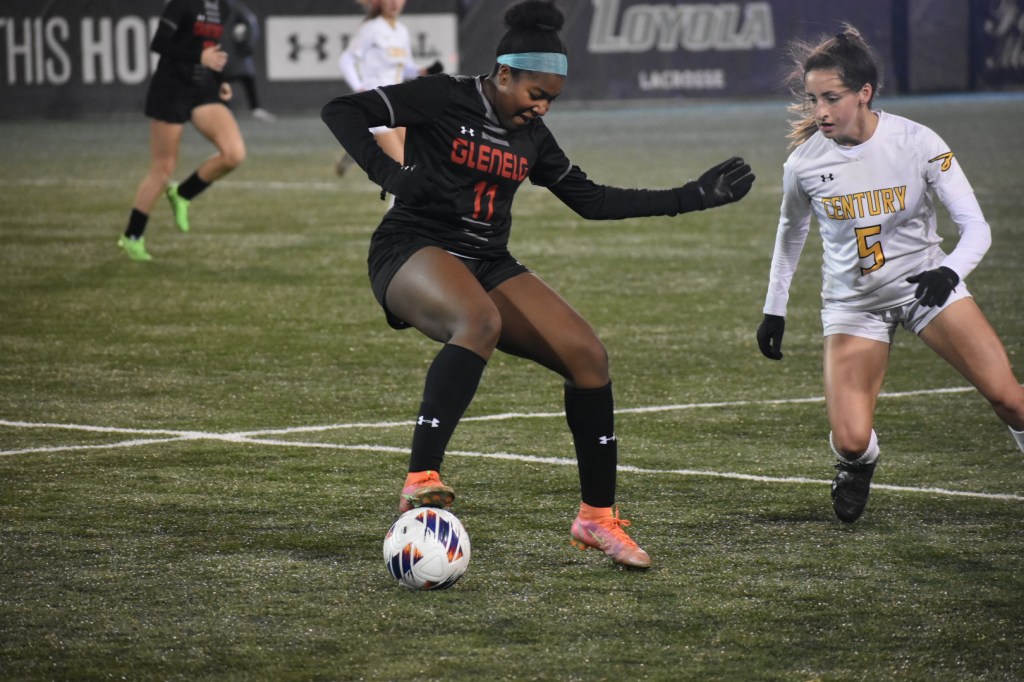 BALTIMORE, Md. – The Century Knights stymied the Gladiators of Glenelg High School at the Loyola (Md.) University campus on Friday night to clinch the Maryland State Girls 2A Championship. The first half saw a very tight contest with both teams hitting several close shots on target. However, Glenelg goalkeeper Bella Buscher and Century goalkeeper Mia Graff both made several key stops to keep the match level. In the second half, Century pulled away with Emily Beall-Denell finishing off a cross from Mia Savage to take the lead and the title.