FAB 50: Boys settle into order, girls get an overhaul 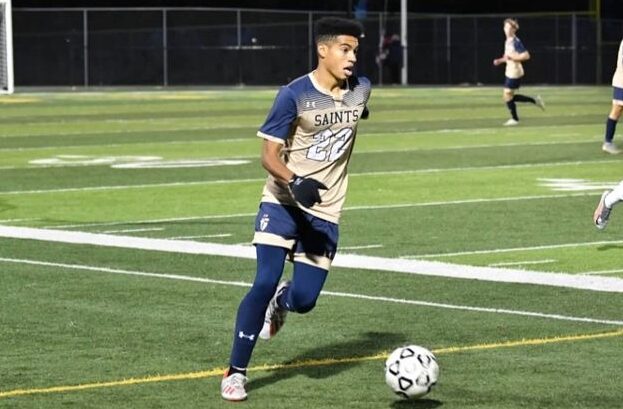 Losses by the FAB 50 No. 2 and 3 girls teams last week triggered a series of changes that almost completely altered the girls rankings.

Top-ranked Noblesville (Ind.) and only six other teams remain in the same spot as last week. Elsewhere, the overhaul mainly involved teams already in the rankings as several undefeated teams were moved up in anticipation of the upcoming playoff run. St. Anthony’s (N.Y.), Bearden (Tenn.), Good Counsel (Md.) and Ocean City (N.J.) round out the new-look Top 5.

On the boys side, it was business as usual as the top seven teams combined for a 15-0 showing last week. St. Ignatius (Ohio) remains a comfortable No. 1, followed by St. Benedict’s (N.J.).

The highest-debuting teams this week are St. John’s (D.C.) boys and Central Dauphin (Pa.) girls. St. John’s was a wait-and-see team as it played the softer part of its schedule early, building up a perfect record. Last week, though, the Cadets defeated Good Counsel (Md.) in a meeting of league frontrunners. The result helped validate St. John’s moving up in the regional and ultimately national rankings, debuting at No. 32. Central Dauphin girls check in at No. 20 this week. The District 3, Harrisburg school has emerged as a state title challenger in a classification long dominated by districts 1 (suburban Philly) and 7 (Pittsburgh) teams.