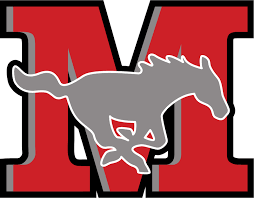 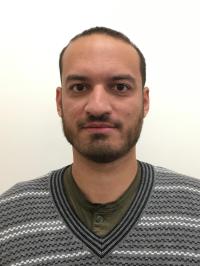 The high school soccer season is underway in the state of Texas and until mid-April, then the State Tournament will be held, thousands of teams will be in action all across the Lone Star State competing for a spot in…

The high school soccer season is underway in the state of Texas and until mid-April, then the State Tournament will be held, thousands of teams will be in action all across the Lone Star State competing for a spot in the playoffs.

Prep Soccer will be following the action and constantly providing match reports on some of the most exciting duels and highlighting the players that are standing out for their teams. We’ll also be presenting some of the most promising teams that we get to watch live so you know them a little bit better.

The Mustangs from the Memorial High School in Houston compete in UIL’s Division 6A – Region 3, District 17. They had only four playoff appearances so far, but one of them is pretty recent, dating back to the 2020-2021 season. This year, Memorial has a fairly experienced roster, with the core of their team formed by seniors and juniors.

The junior goalkeeper is very reliable with his actions between the posts. Helme has good reflexes and typically does not allow rebounds inside the penalty box. He’s very reliable from long distance and is also very solid from close range, often using his legs to stop shots. The goalkeeper is very clean on the ball too and helps the team build out of the back and connects long passes. Helme also played an important leadership role for Memorial, instructing his teammates for the entire duration of matches.

The versatile defender can used in the center of Memorial’s backline or as a fullback on the right. Lindley is very solid defensively, having good success in his duels and avoiding unnecessary errors. He’s strong in 1-v-1 situations and also has enough pace to recover after he’s dribbled and come back for another tackle. Also strong in the air, Lindley is the team’s captain and has some quality when he pushes forward through the right.

An offensive-minded midfielder, the senior does a very good job in linking up plays for the Mustangs. Fargo typically plays more on the left side of Memorial’s midfield, from where he uses his vision to connect good passes – he likes to play fast and very directly. He has good size and uses his body well to shield the ball around midfield too. Although more of an offensive player, Fargo is very active on the defensive side of the game too, tracking back and working to get tackles.

The junior winger is probably the most technically-gifted player in the Mustangs’ roster. Very quick and dynamic on the ball, he’s very good at pushing forward and creating plays down the left flank. Cardona is the main outlet when Memorial needs to play in transition and when they need to stretch the field as his dribbling ability is capable of unbalancing opponents. He also plays an important tactical role, tracking back and closing the space on the left.

The senior forward plays alone up top, being the centerpiece of the team’s offensive system. Hohman is a very complete striker as he’s capable of dropping back and combining with the midfielders but also of getting on the end of passes when the team wants to play long. He uses his size to make holdup plays but is also mobile enough to get to flanks and create plays from there. Hohman uses both of his feet well to dribble, pass and finish and is efficient when shooting from distance.